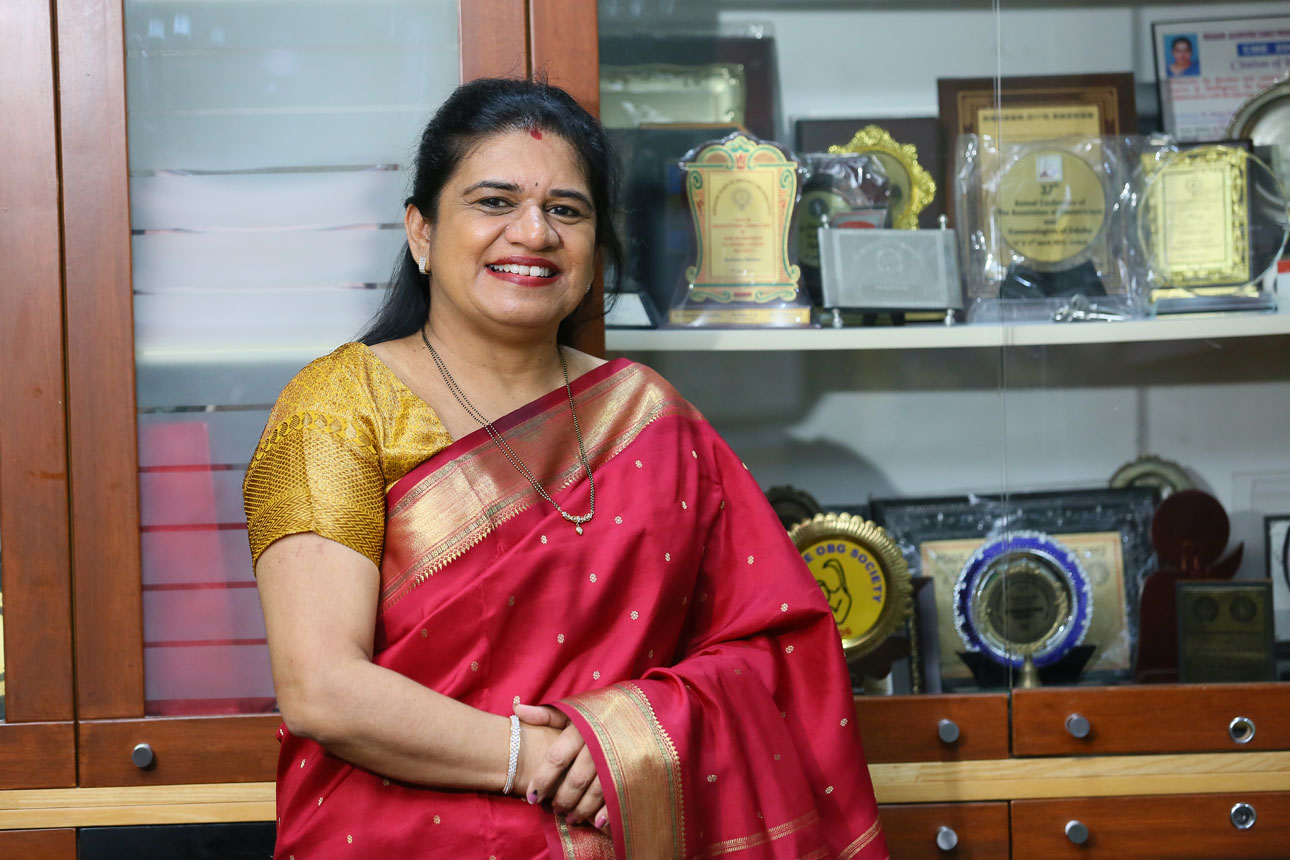 Dr. Hema Divakar is a leading medical professional of India with a vision to improve the healthcare services ecosystem for the welfare of women. She has over the last three decades, been a game changer in healthcare, establishing new benchmarks, standards and touching women’s lives in the process.

An accomplished specialist in the field of Obgyn care, she runs the Divakar’s speciality hospital in Bangalore. She was PRESIDENT FOGSI 2013 and had the responsibility of heading of the Federation of Obstetric & Gynecological Societies of India (FOGSI), with 32,000 specialists on roll as the members. She is now the FOGSI ambassador for FIGO , the international organization of Obgyns. * received the FRCOG honorary fellowship by Royal College London  She is also the Vice Chair of GDM working group at FIGO and FIGO Executive Board member

With flaming enthusiasm, she has built a dynamic team of like-minded members, by exploring the individual talent. She has prompted, prodded and promoted the youngsters to the centre stage and enjoyed their success.

Positions of eminence: have earned recognition for her expertise, service and skills numerous times. The currently she holds an exhaustive list of important positions of great responsibility within the country as well as in Asia.

She has arranged conferences, coordinated in workshops, edited the journals and published articles & contributed her technical skills to the local and international bodies, from Perinatology to Menopause. Behind your gentle smile, is a strong persona. A true comrade in her has paved the way for the young talents to follow the trail left behind.